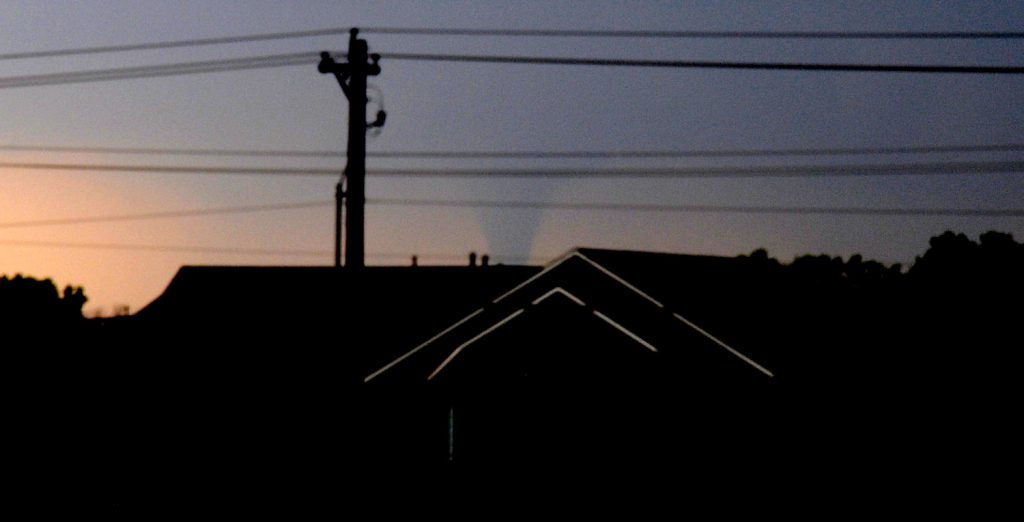 On May 20th, 2013, an EF5 tornado hit Moore, Oklahoma with 200+ MPH winds, killing 24 people, and costing over 2 billion dollars in damage. I was at work on the north side of Norman when the first tornado reports came in. Some of those reports had the tornado path coming directly where I work so I decided to leave and head to my home just off 4th and Eastern in Moore.

When I got home I turned on the TV and started seeing the destruction happening. I was able to go outside and get a picture of the tornado (above). Honestly at this point I was freaking out! The path had changed to almost the same path the 1999 tornado took, which meant towards my current location. We have a safe room, but even the meteorologists were saying you wouldn’t survive this if you were not underground. So I got back in my car and headed back to Norman where I was to begin with. I was listening to the radio in the car and when they said the tornado went past Eastern I started heading back to Moore to check on our home.

I drove down Eastern but couldn’t get past 19th street. The police had already set up barriers in the short amount of time it took me to get back home. There were downed power lines and newly relocated homes filling the streets, making them impassable. I parked my car close to SE 19th street and walked about 3/4 of a mile to get home. I had my camera in the car so I decided to take it with me, snapping pictures along my path.

The next day I was at my parents’ house watching CNN’s coverage of the storm. I decided to send in some of the pictures I took during my walk home the previous day and they are the pictures on the left side of the sliders below. A few of these photos actually made it on air and they even asked me to have a phone interview with Jake Tapper. I turned them down because I didn’t want to be the hick from the South that everyone makes fun of during events like this.

So three years later I decided to take my camera and make the same walk again to see all the progress that has occurred since the storm. Most of these aren’t perfect. I was walking down the middle of the street that day and now I was pretty limited to the sidewalks since I didn’t want to get hit by a car. Most of these images do not need a description; it’s just me walking from SE 19th up to SE 4th, but I’ll comment as needed. 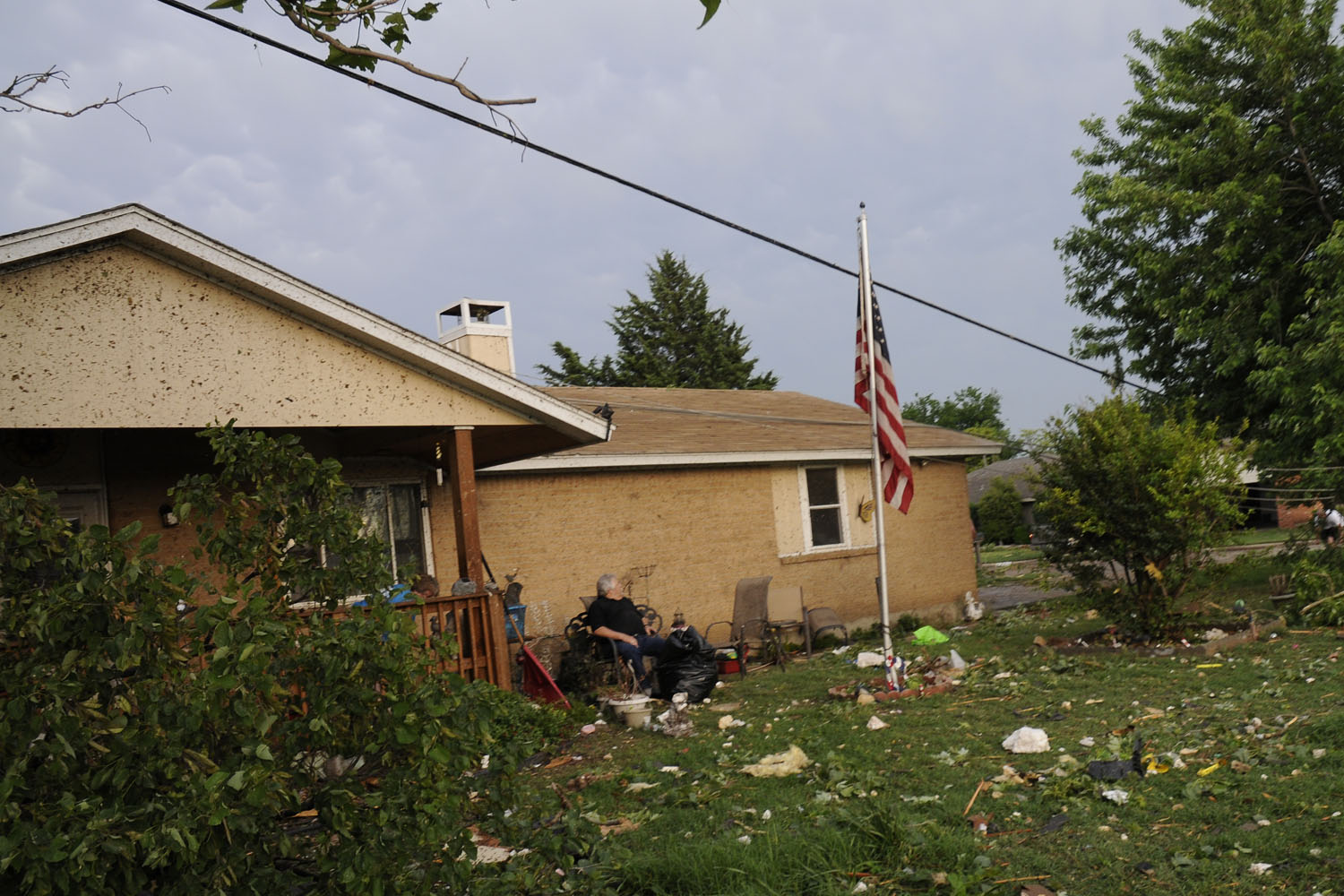 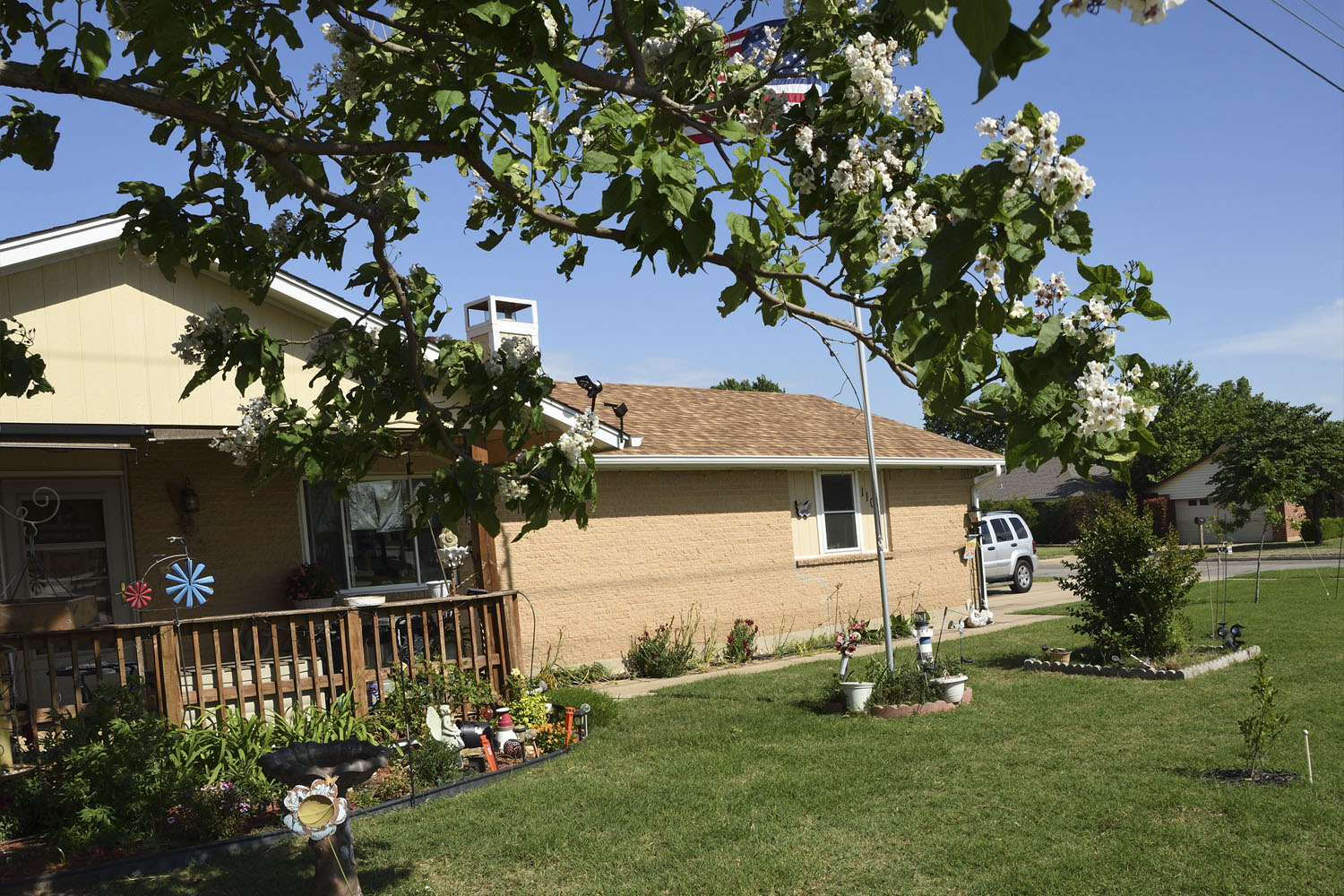 This first image I gave them was about a 1/2 mile from where I parked my car and had the first sign of major debris in the yard at approximately SE 12th and Eastern. I love the guy sitting out in his yard just watching everything. My first reaction was how odd it was to see someone just sitting there like he was watching a parade, but looking back there was just nothing else to do. 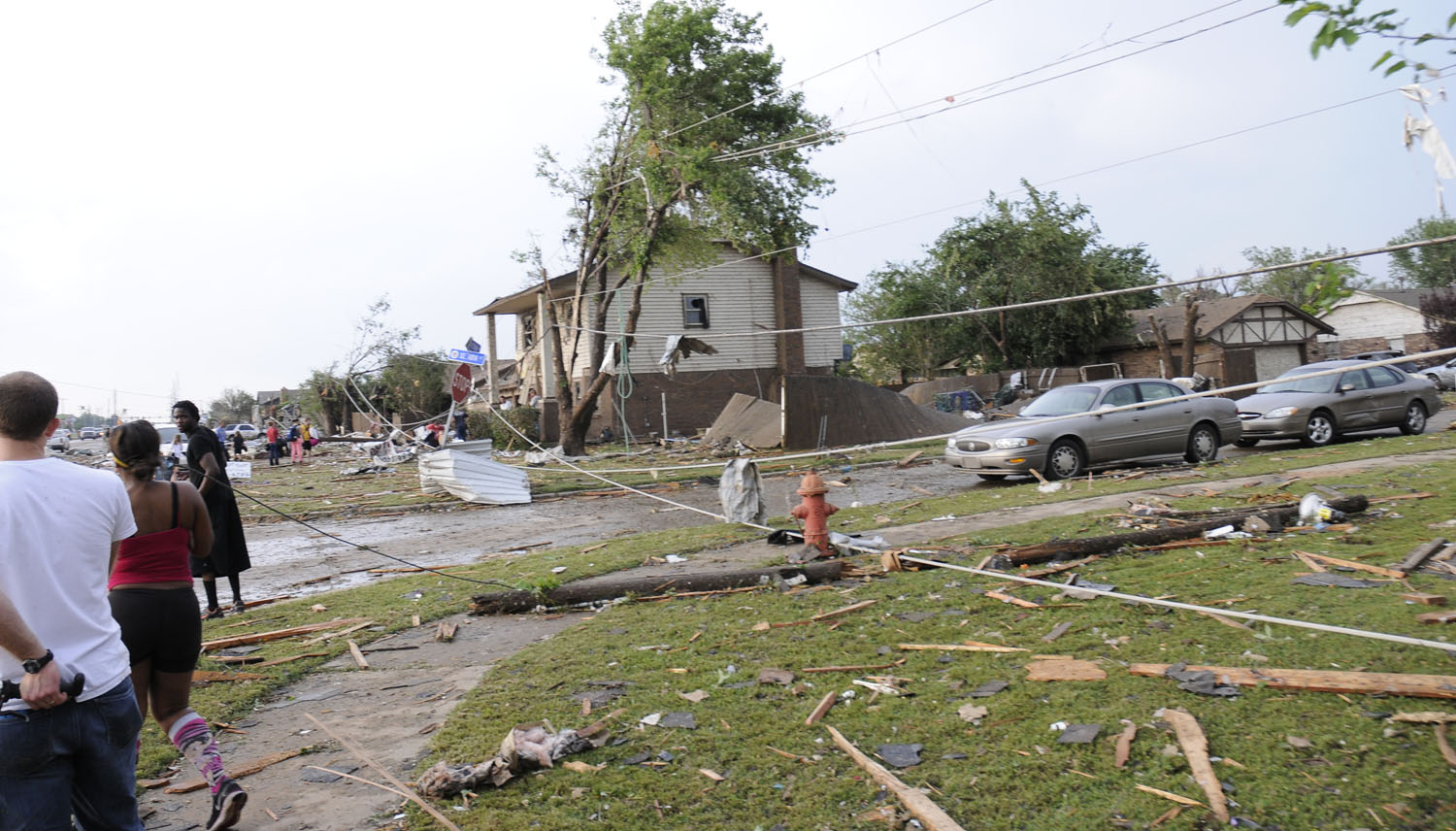 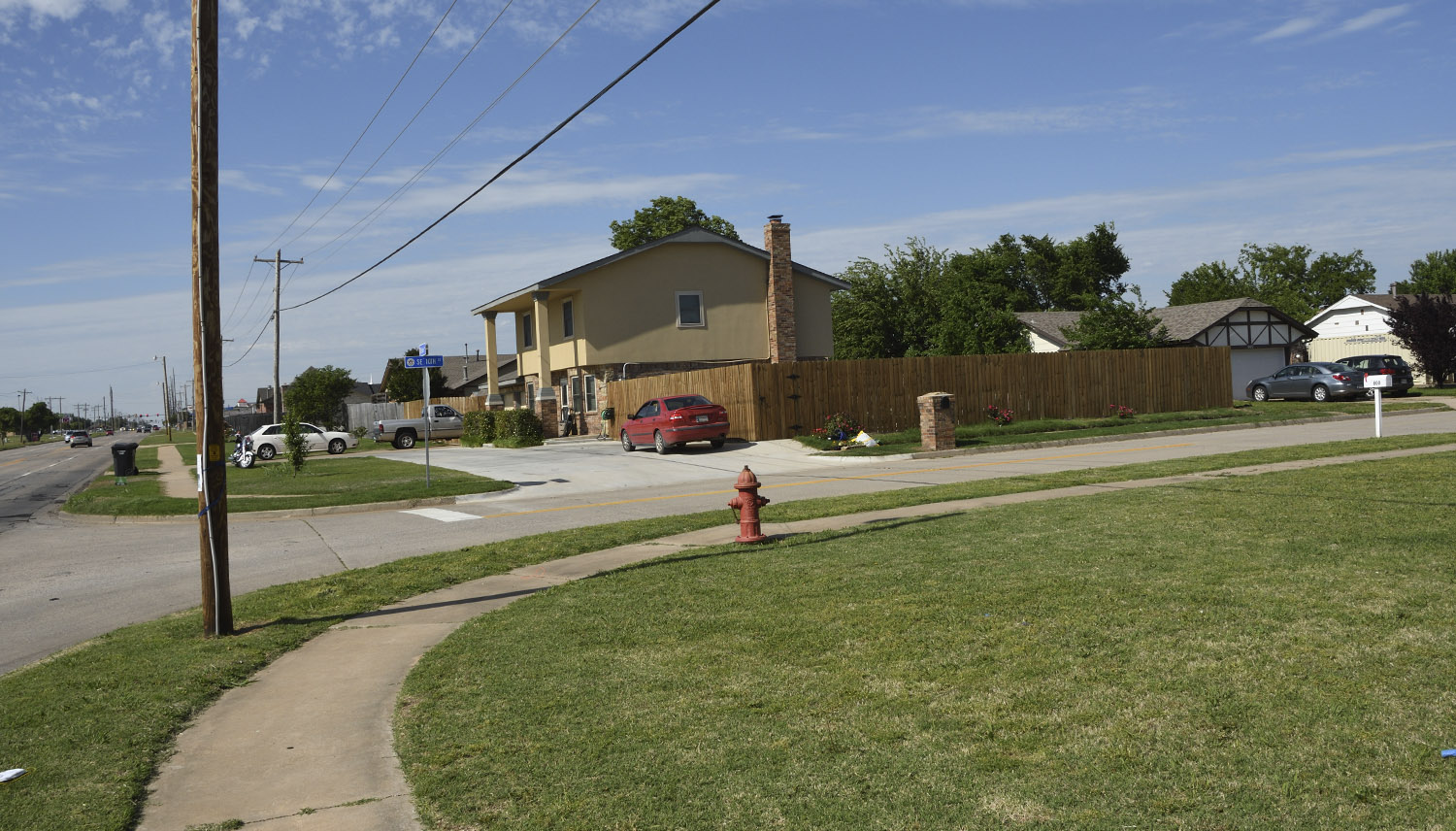 This is the next street up, SE 10th and Eastern, where you start seeing more damage and not just debris or fence. 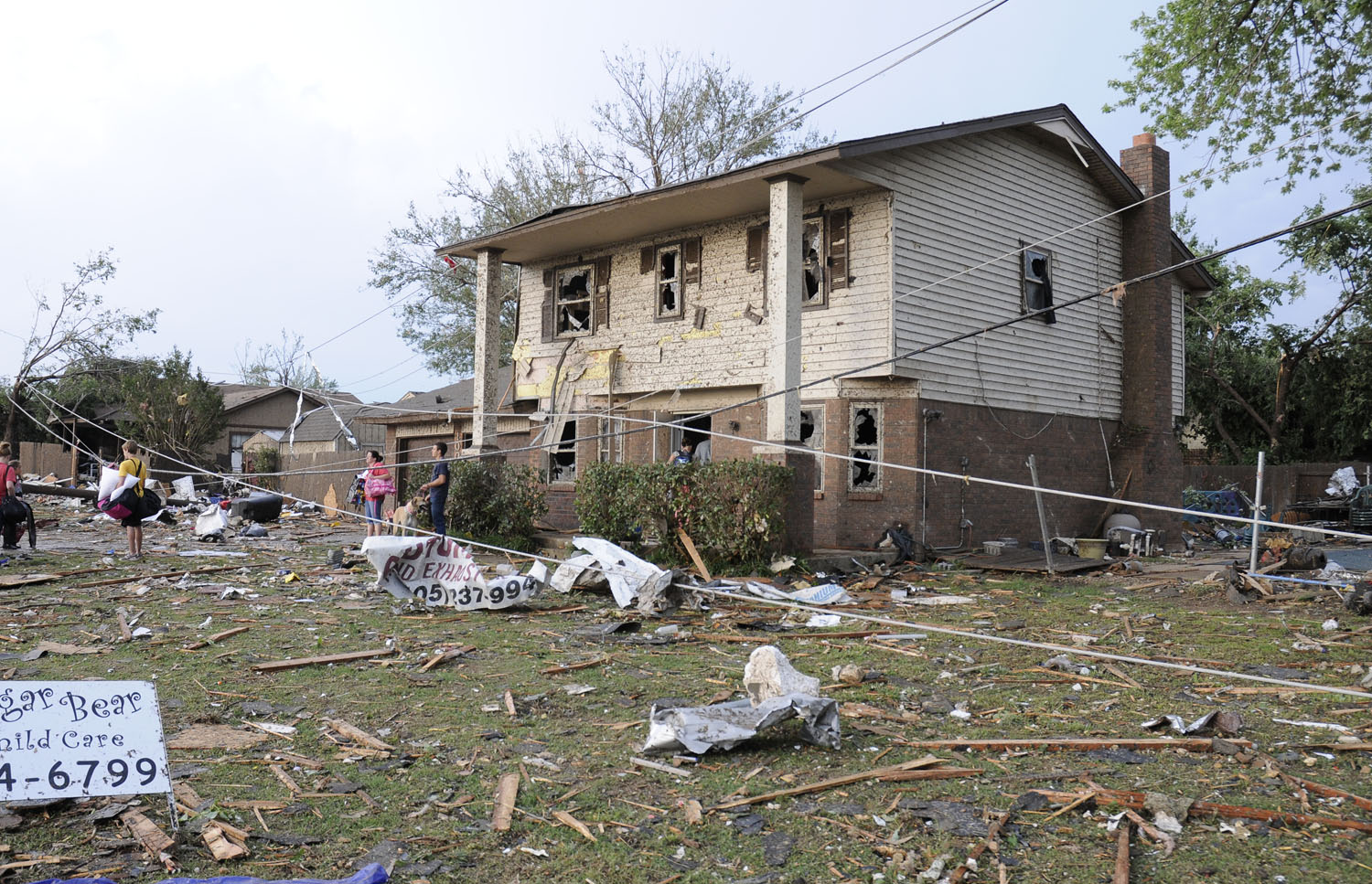 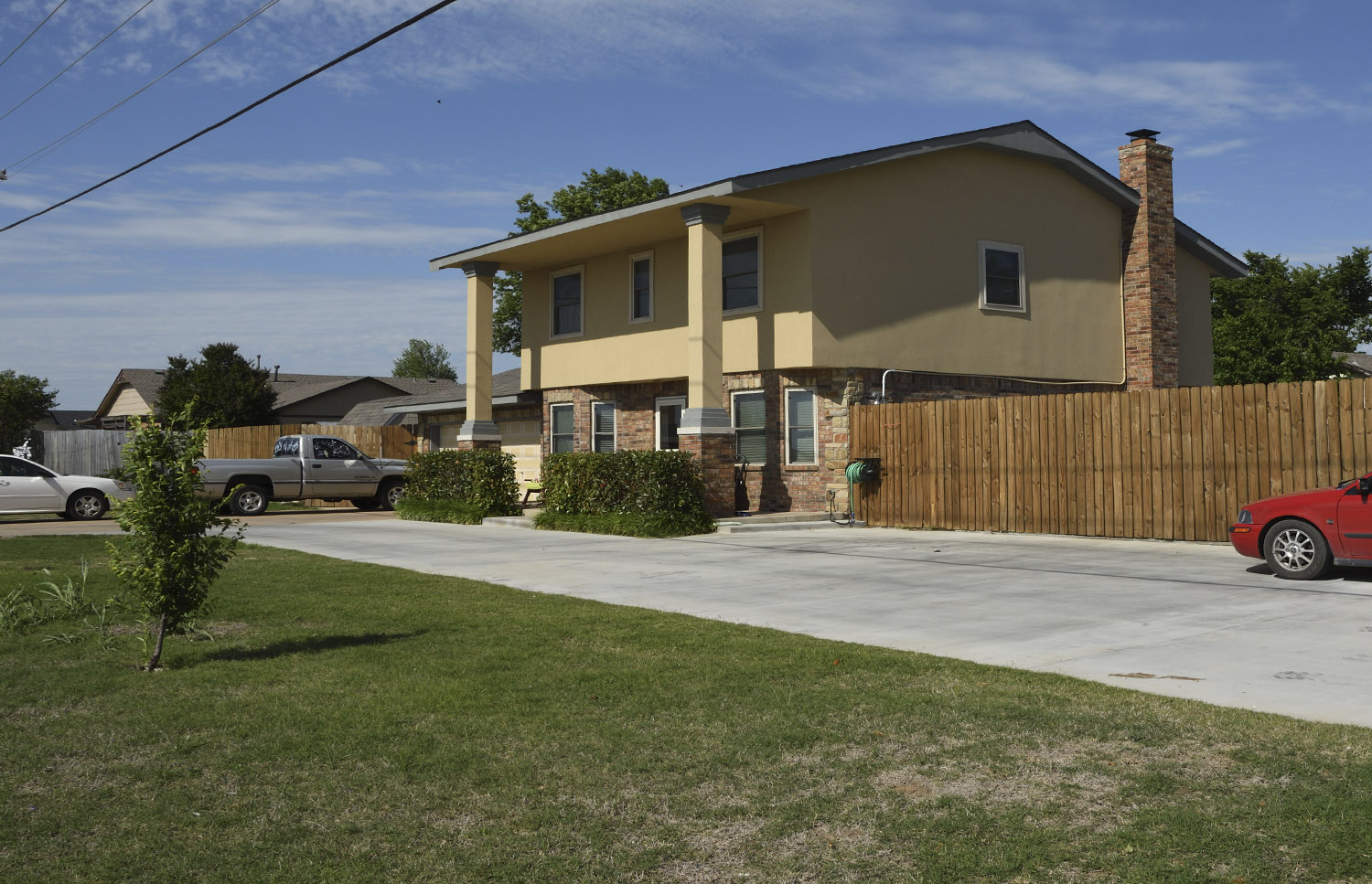 This is one of my favorite before/after shots. All of this debris just pounded this house and knocked out every window. Luckily they were far enough from the actual tornado that their house was still standing and they were able to make a lot of nice improvements. 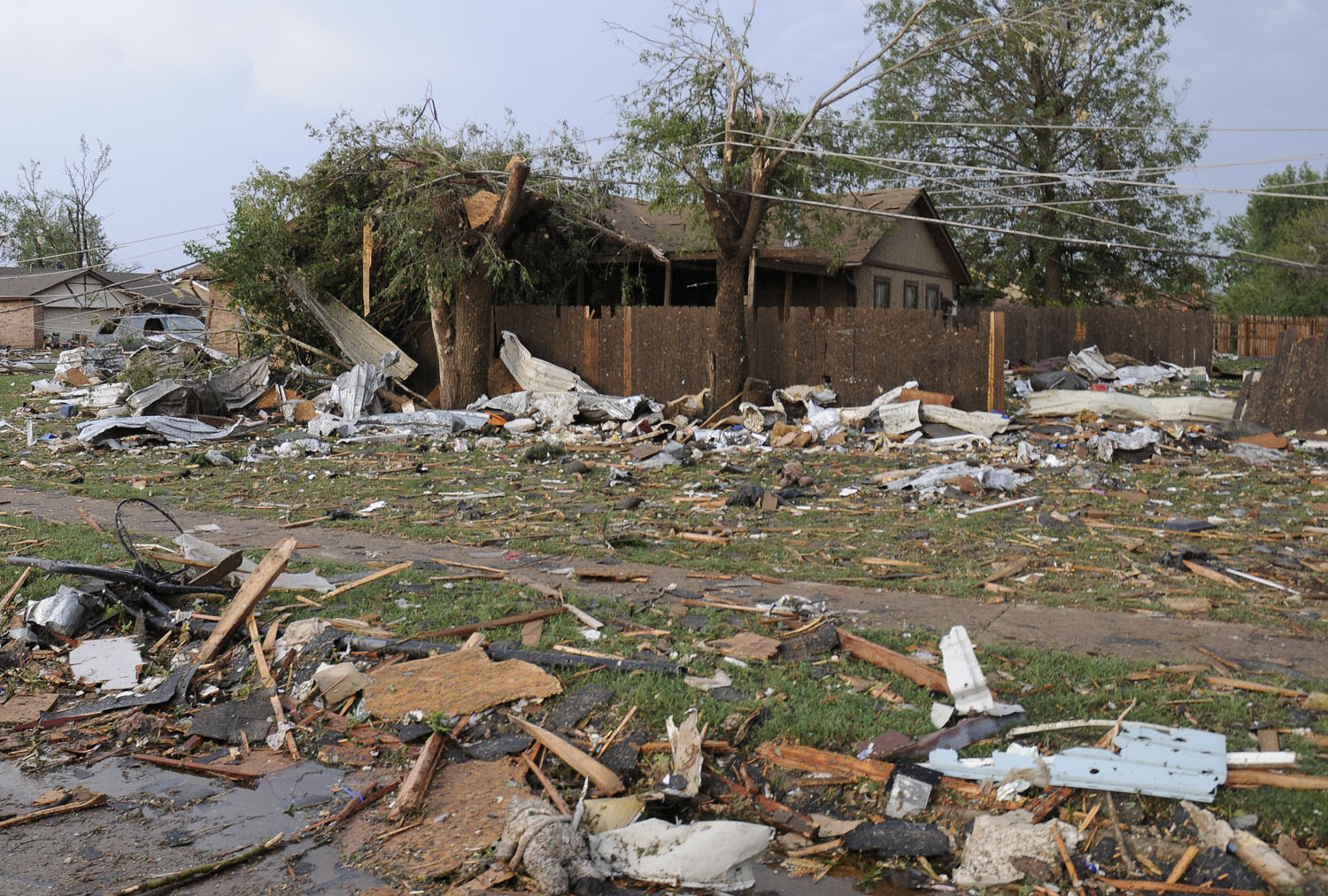 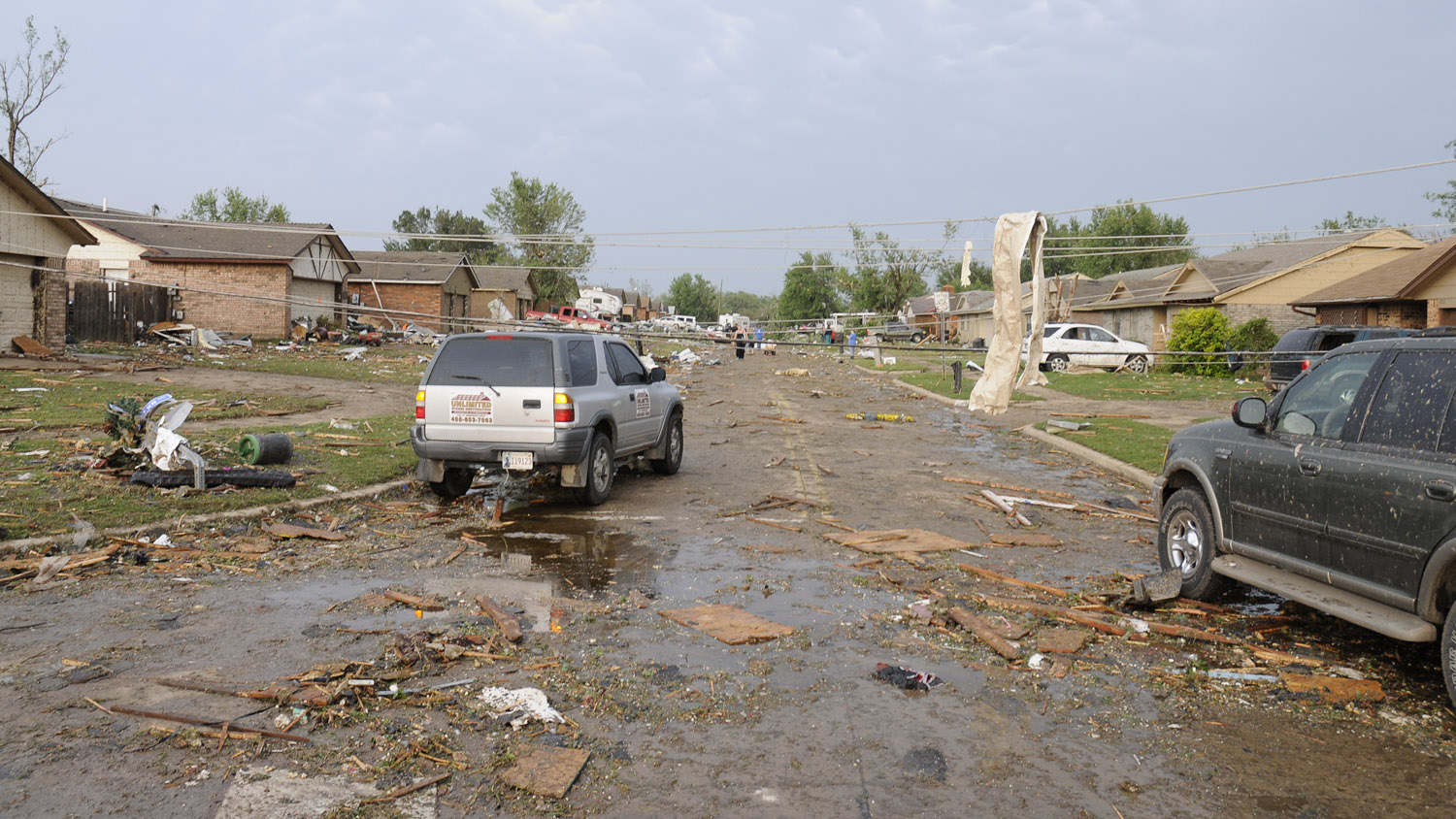 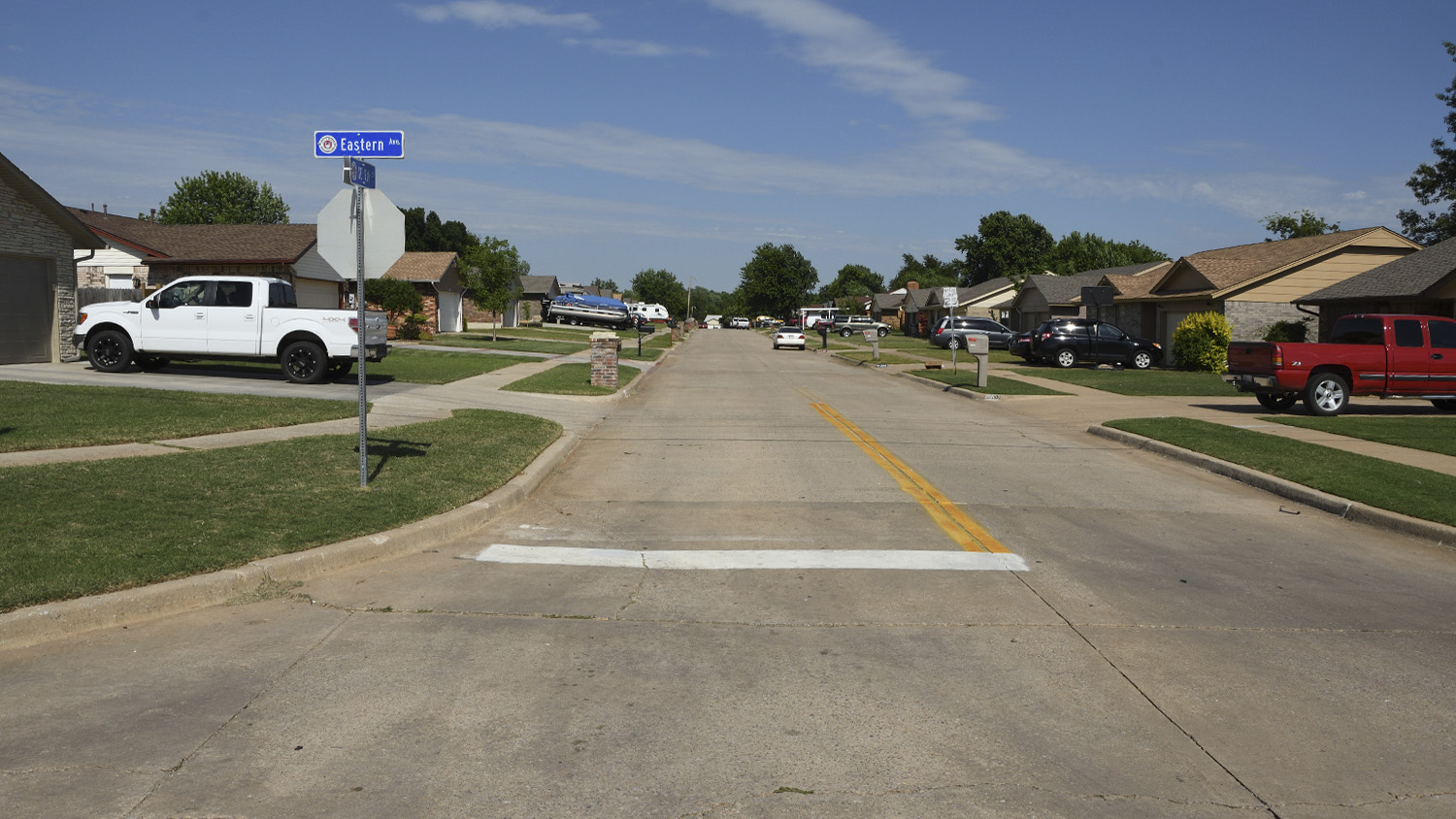 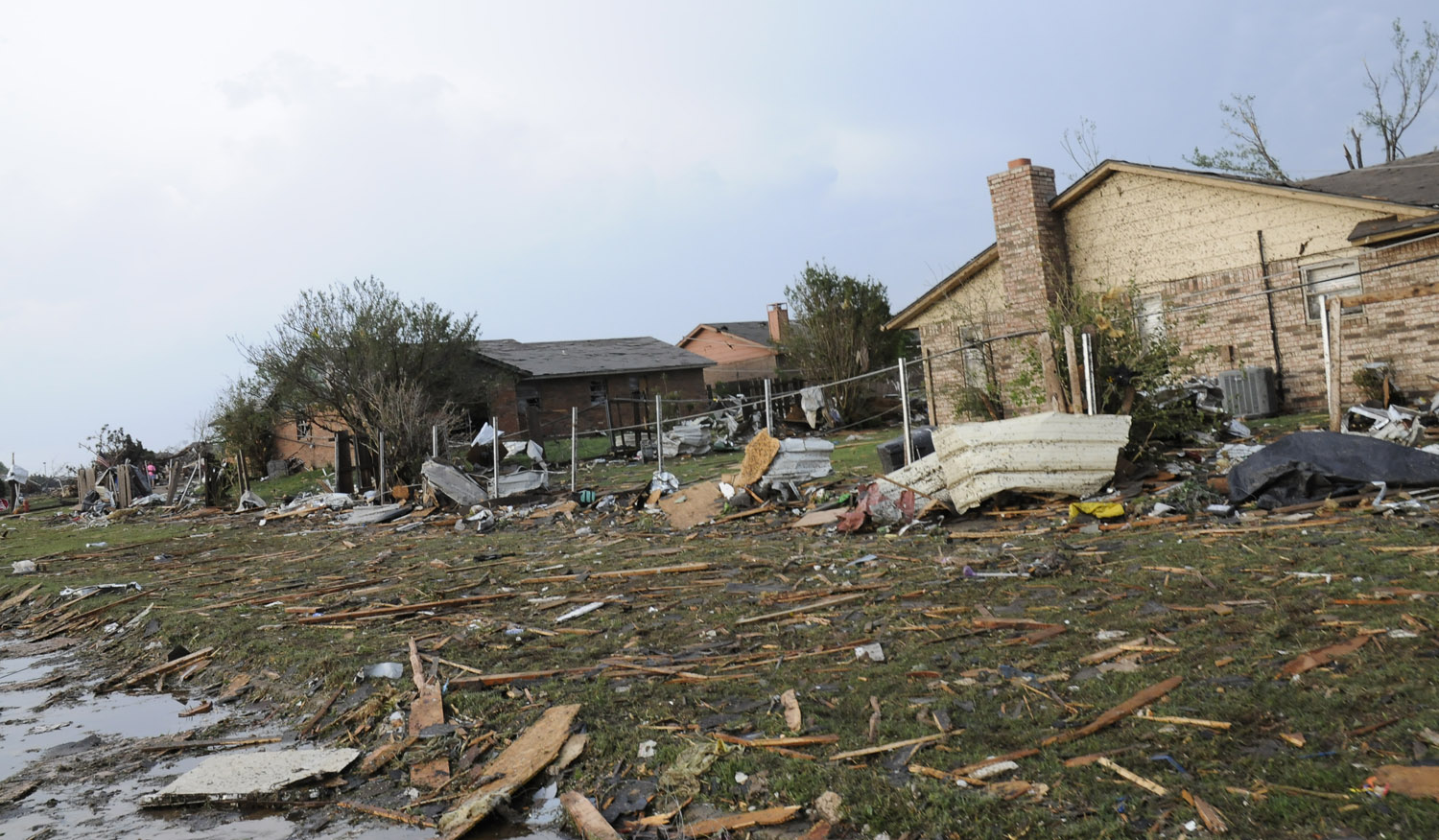 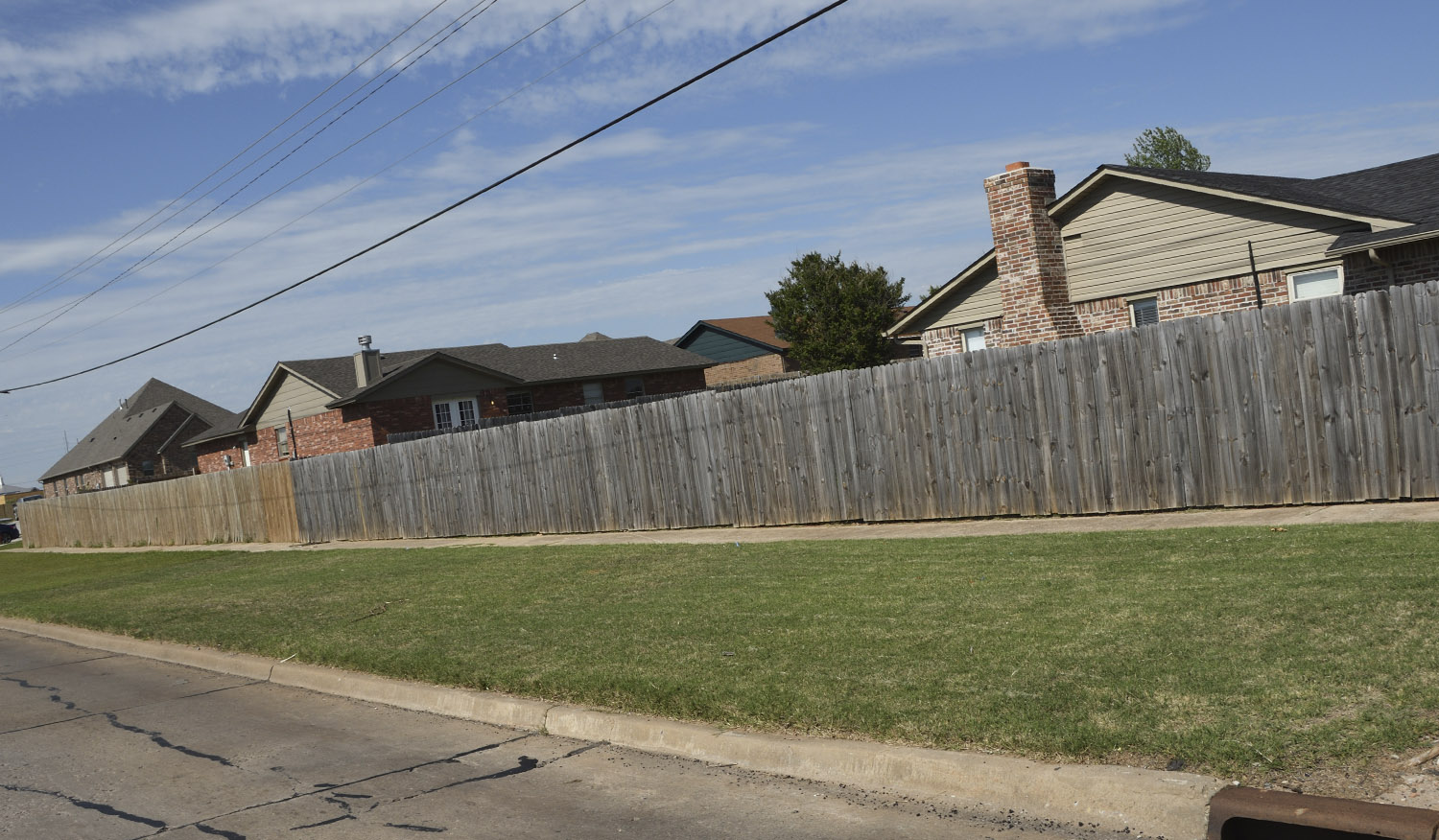 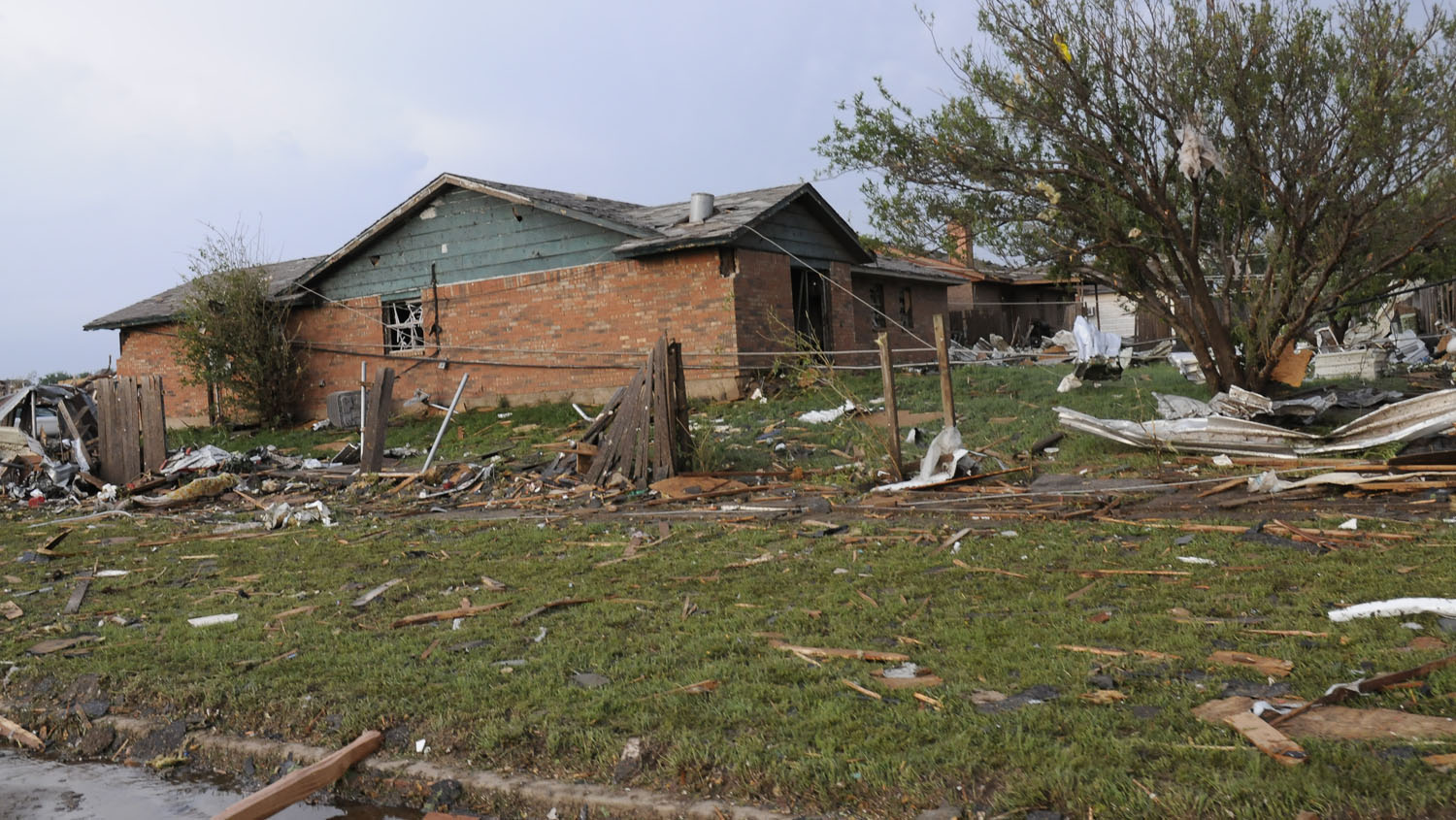 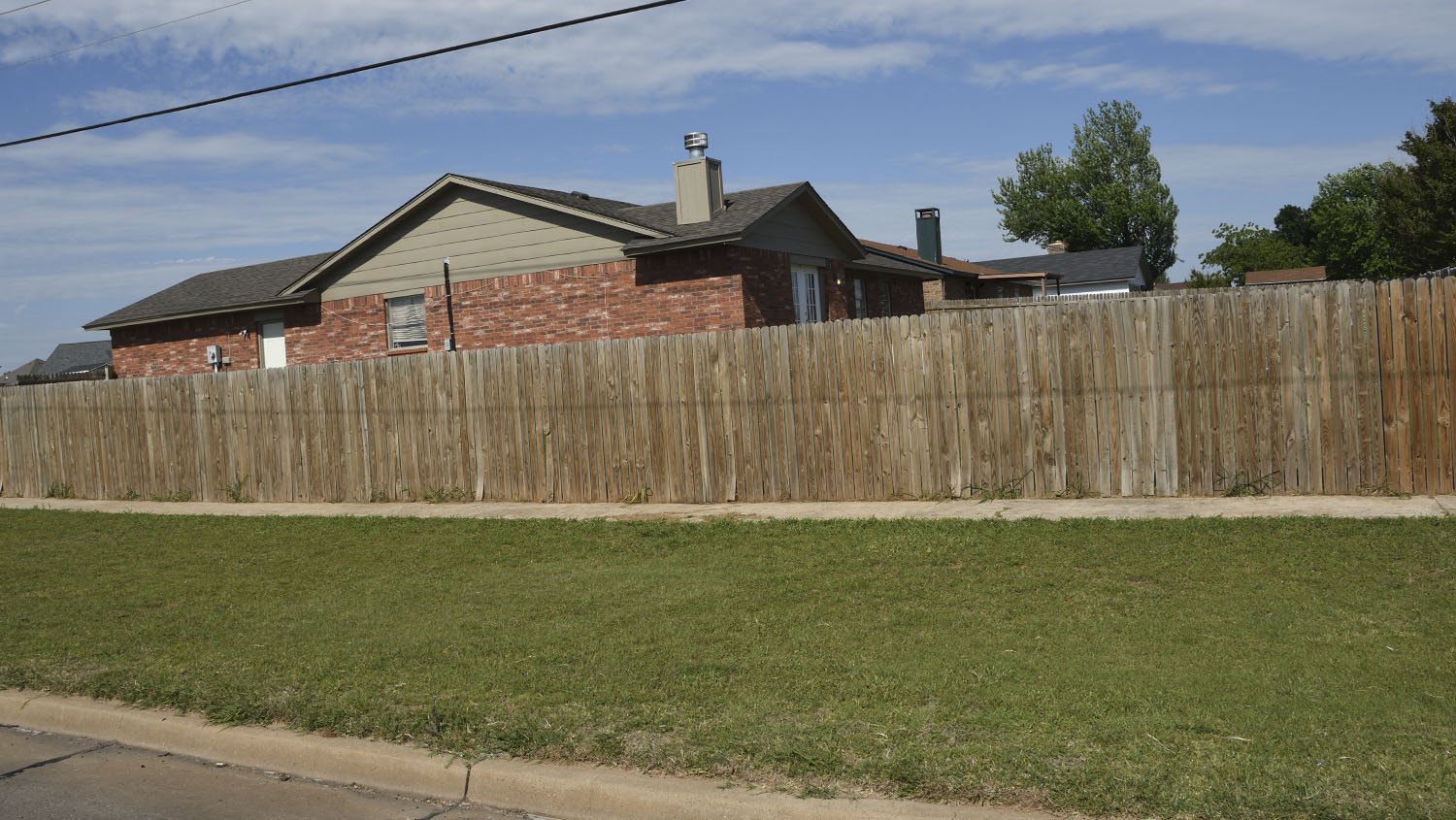