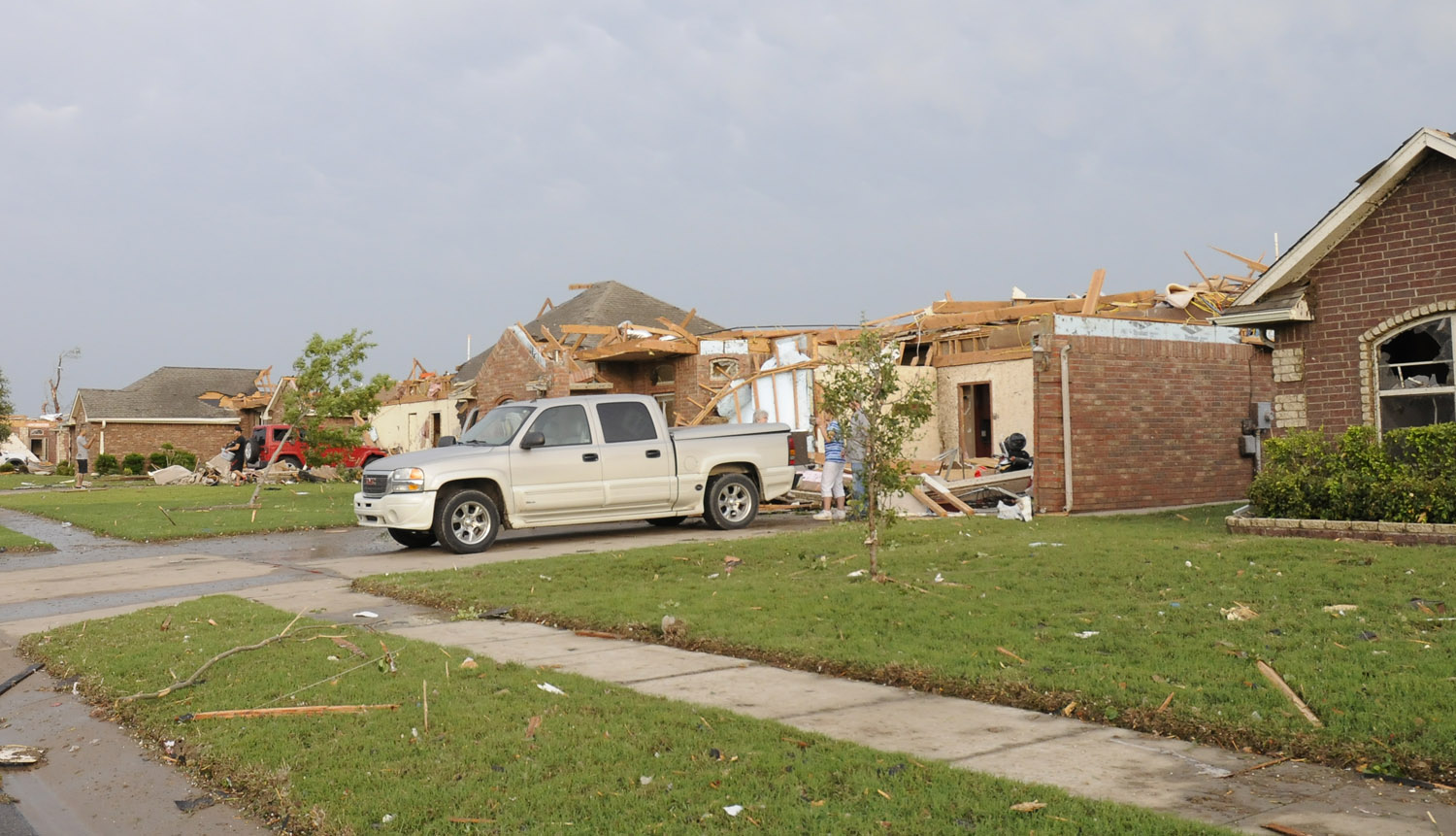 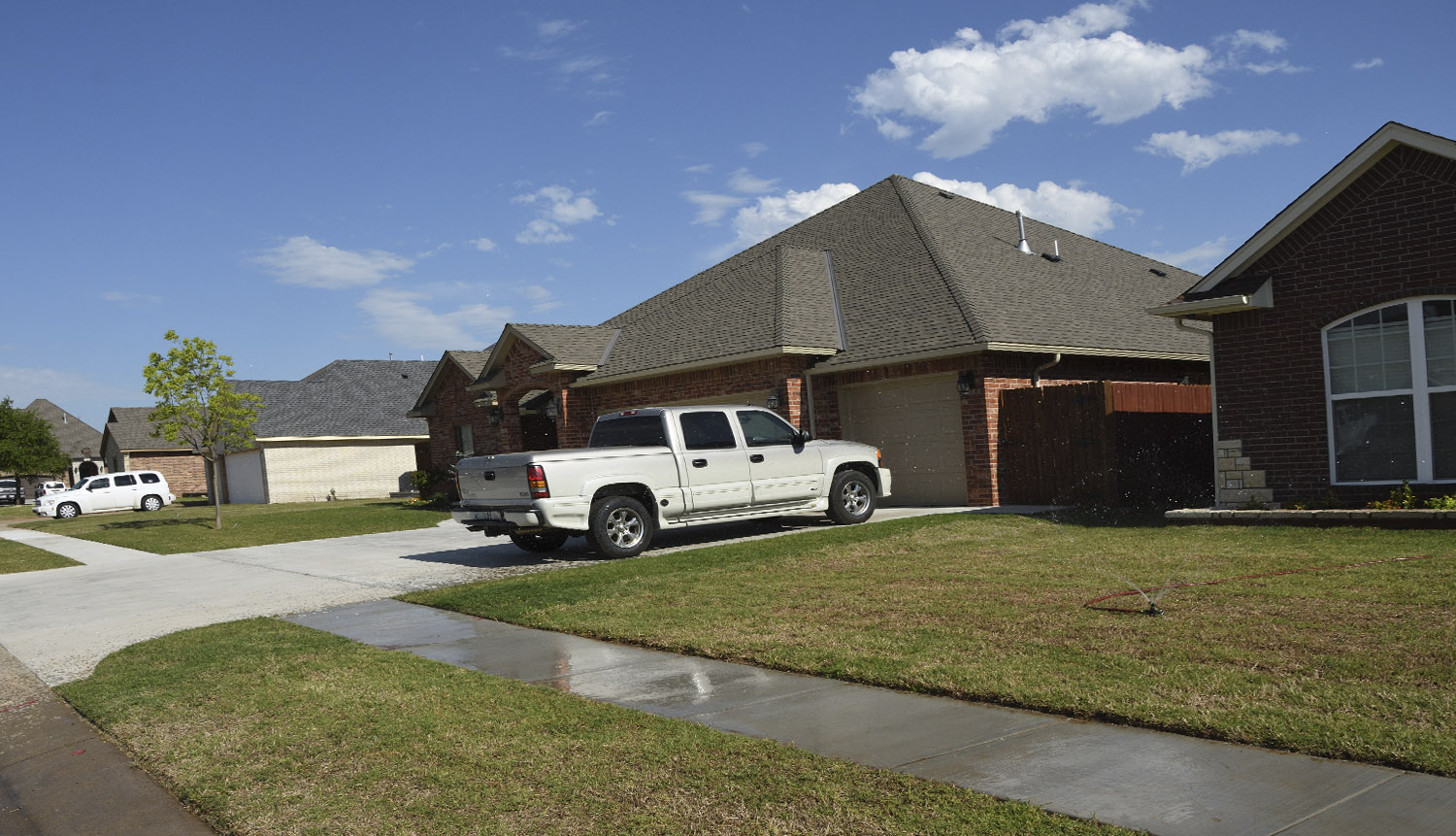 Walking east up 6th street still… all of these homes were completely destroyed and built new. In fact the two on the end just finished and are for sale. 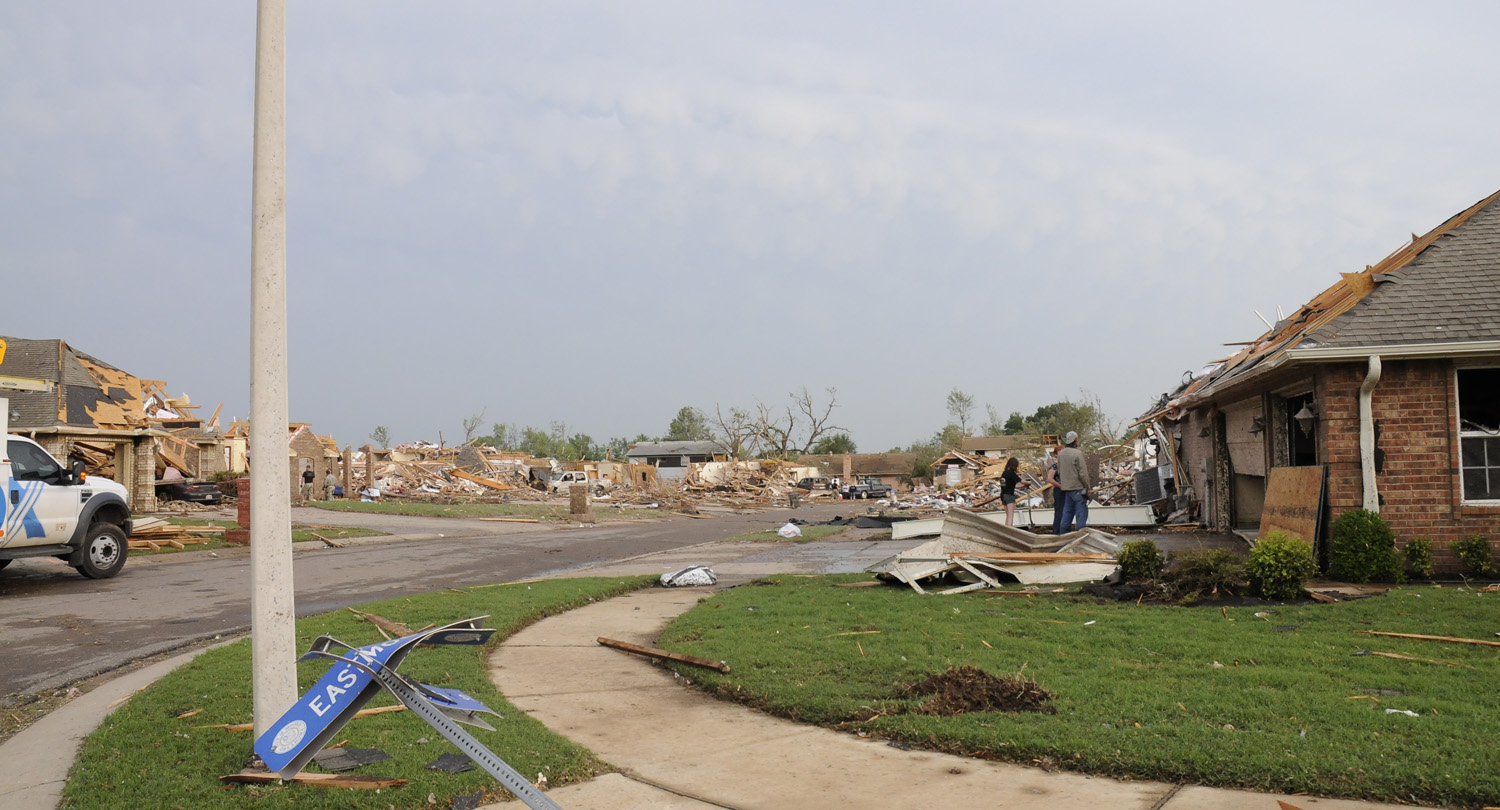 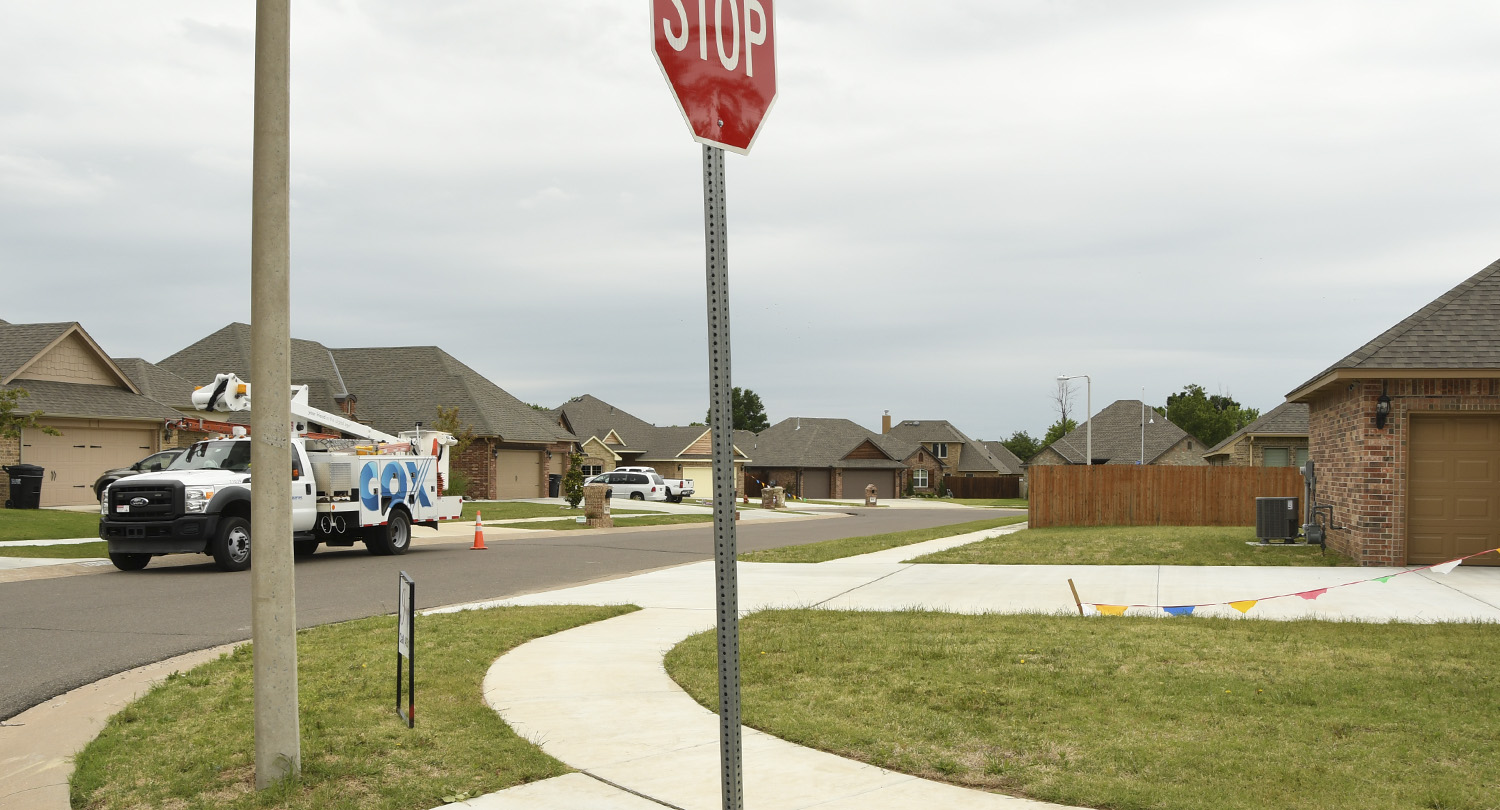 Here I’m at the top of the T in our neighborhood looking south at the tornado path. Just complete destruction down there. 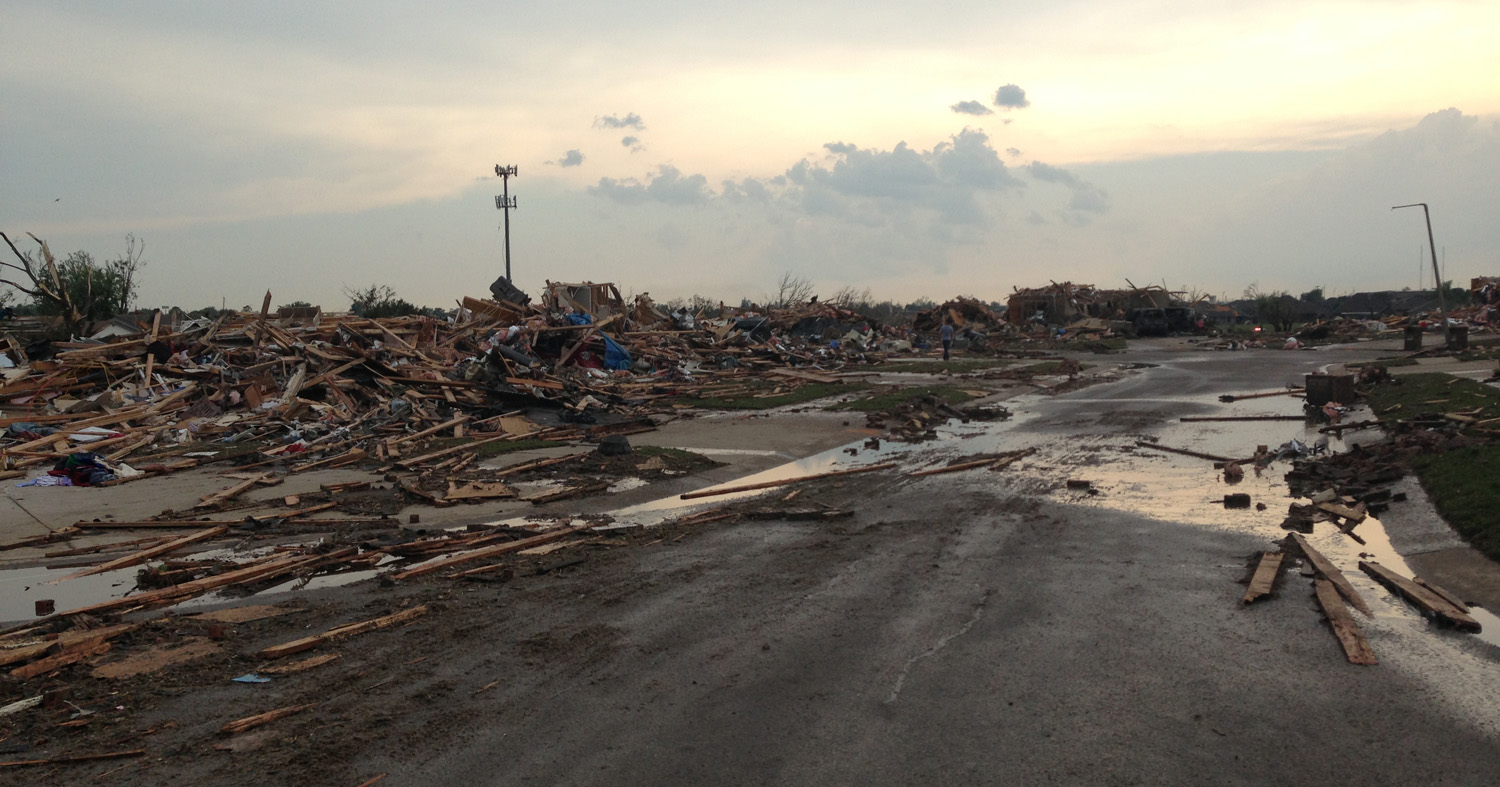 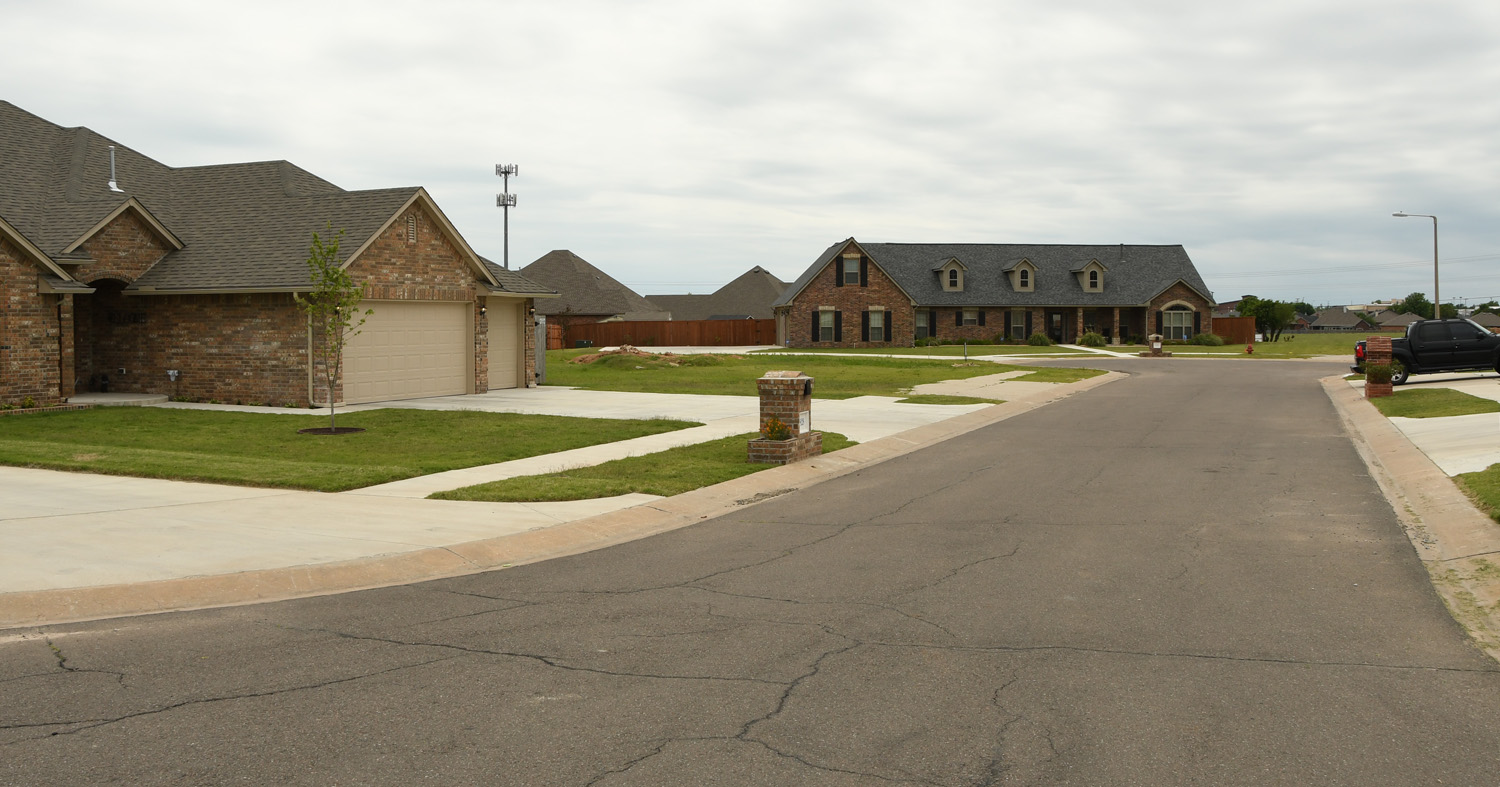 For this shot I went south in our neighborhood to 7th street. That’s five homes you’re seeing in the before picture. Now you are seeing the larger home of the people that bought two lots in the background and one home in the foreground. There is still an empty lot (maybe two) between these two homes three years later. 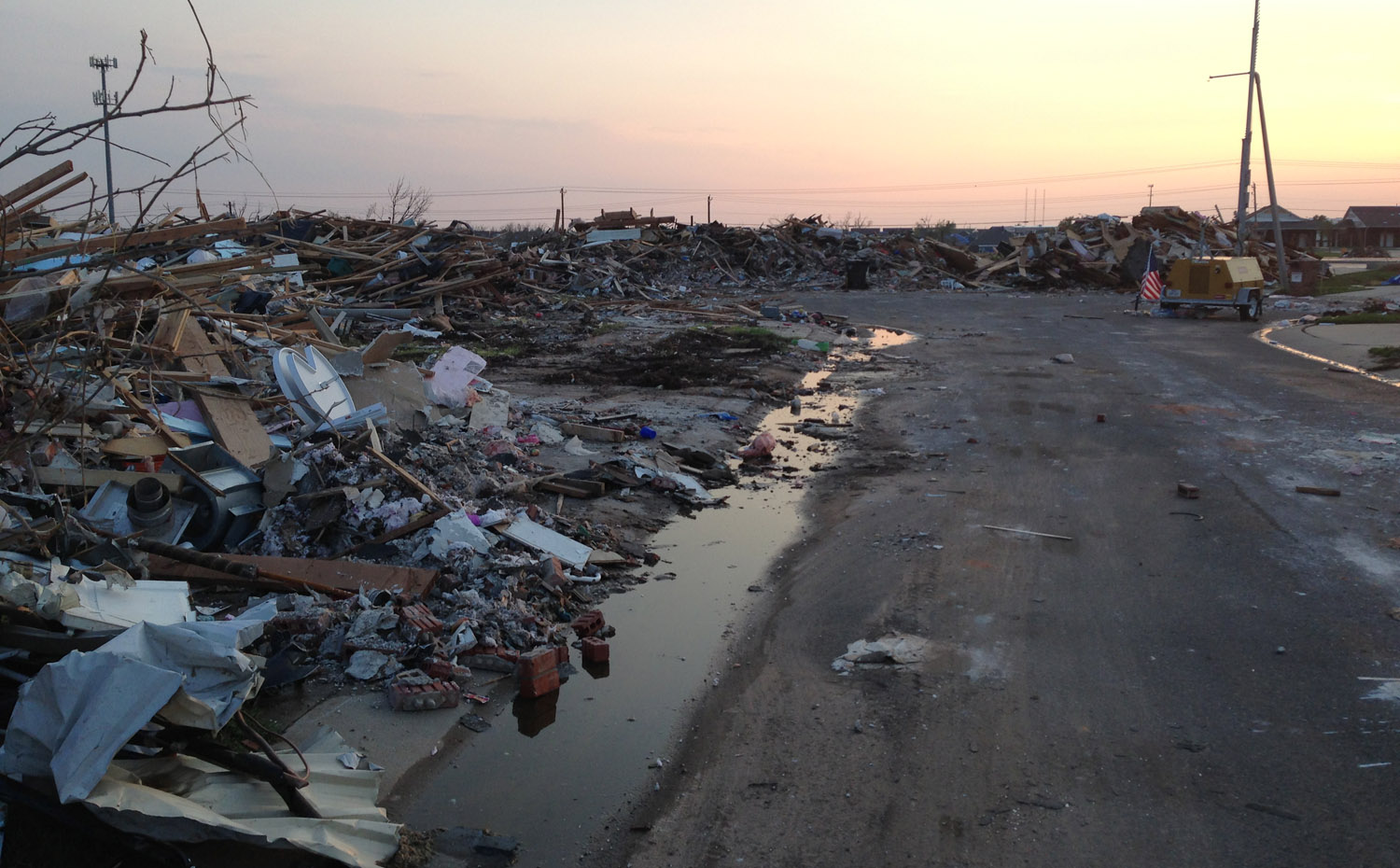 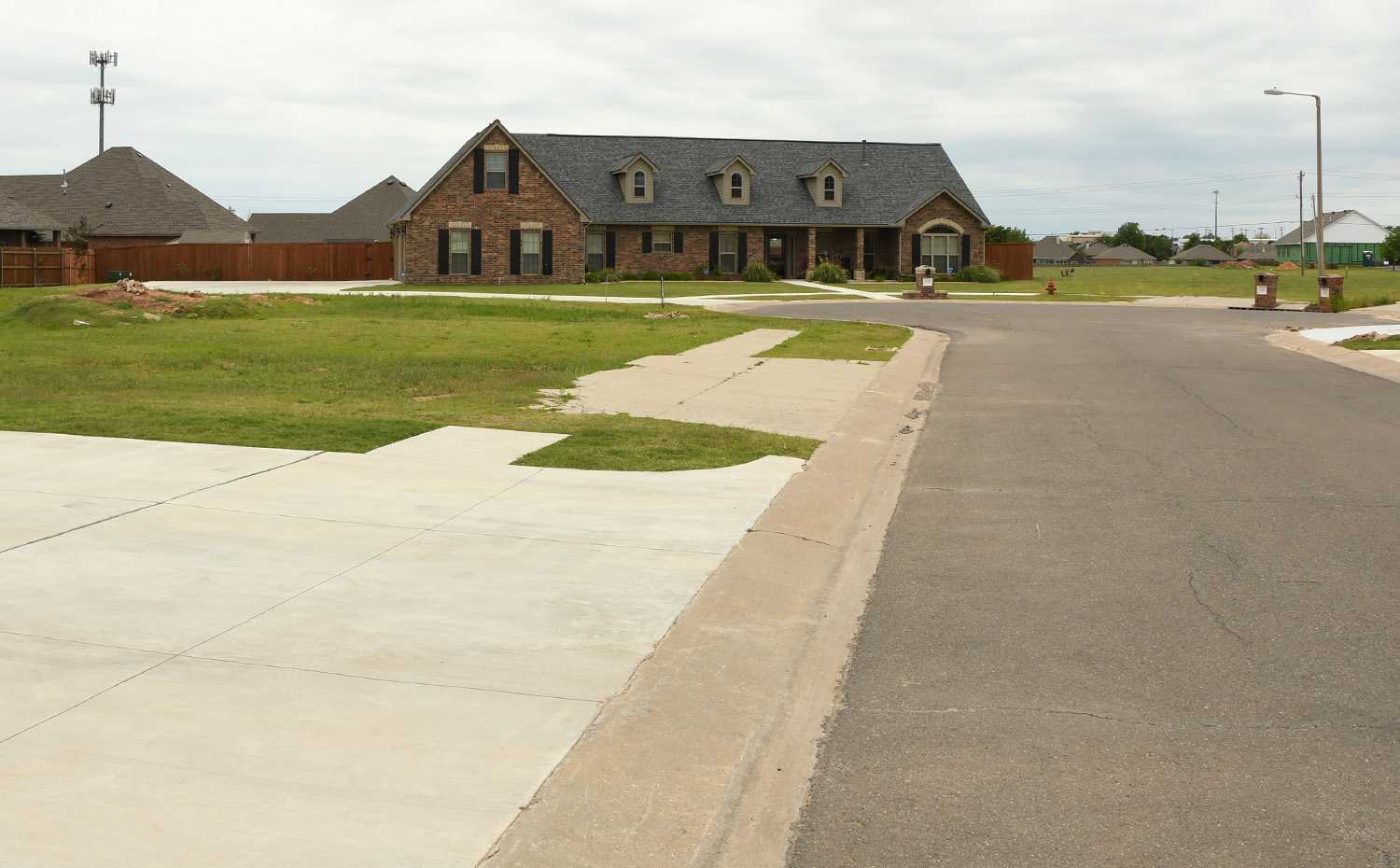 I think this shot was actually taken the next day as someone had moved a portable generator out there and the street had been cleared off a bit. 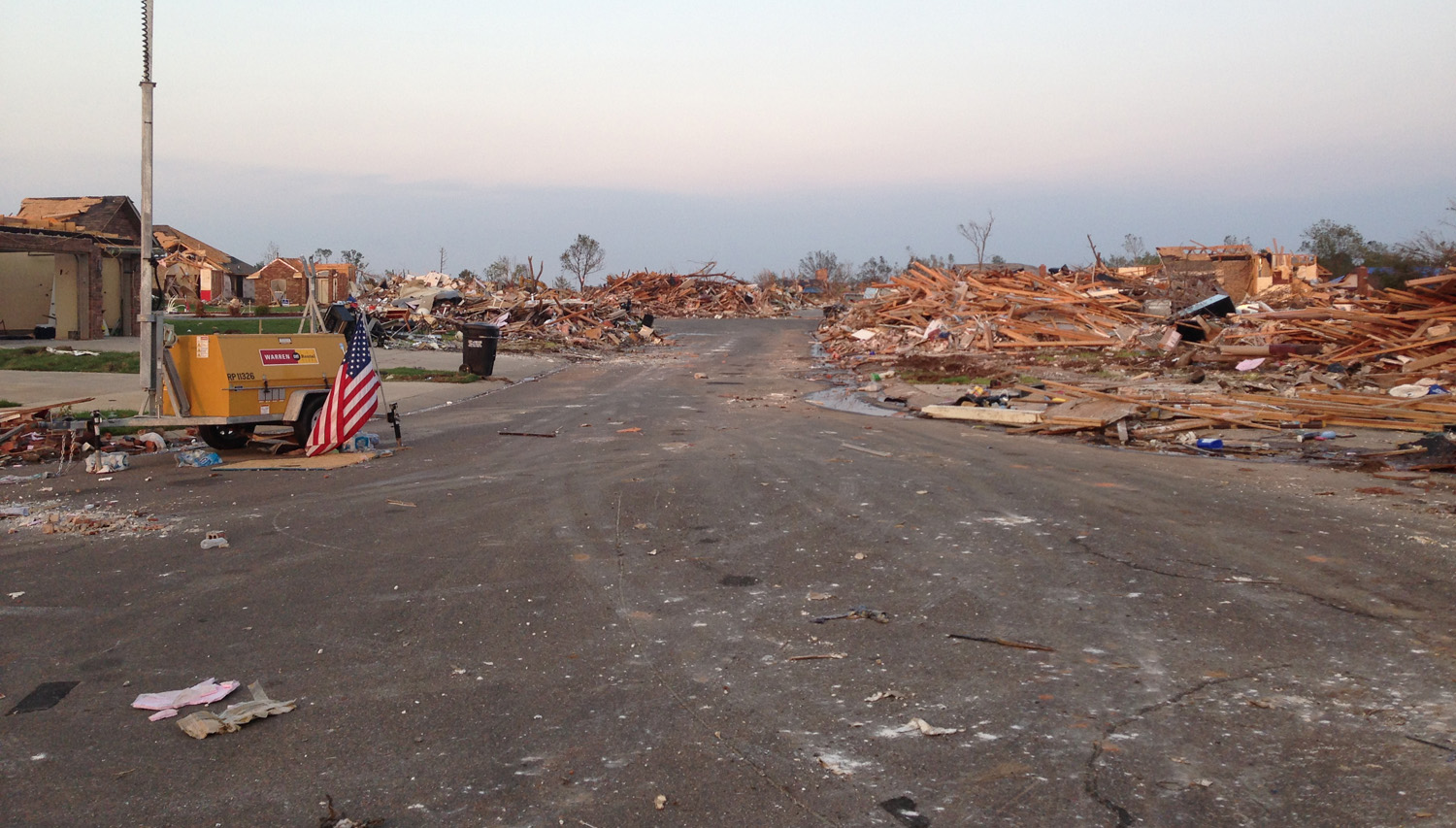 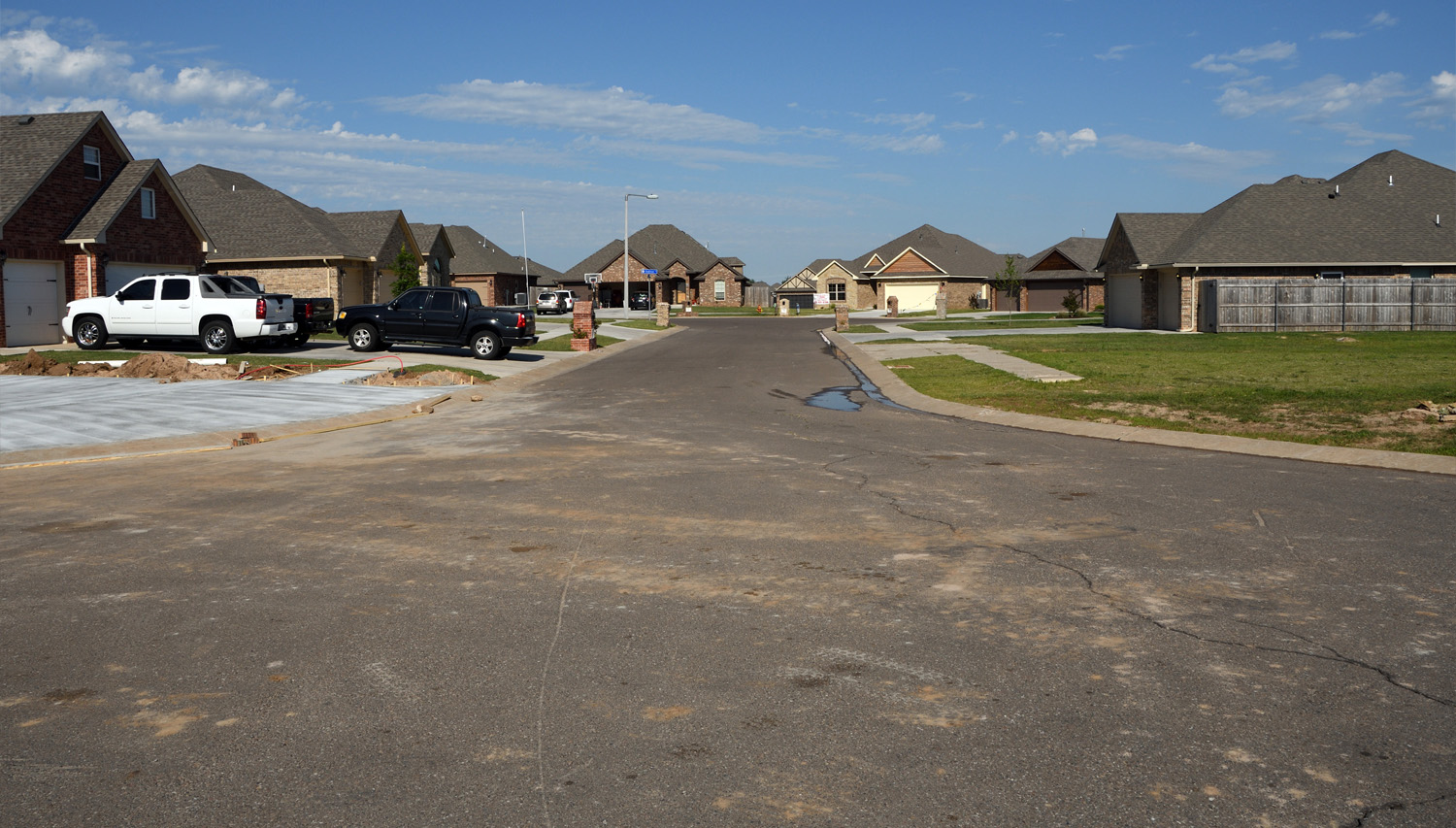 This shot is the next day as well in the cul-de-sac of 7th street looking back east. 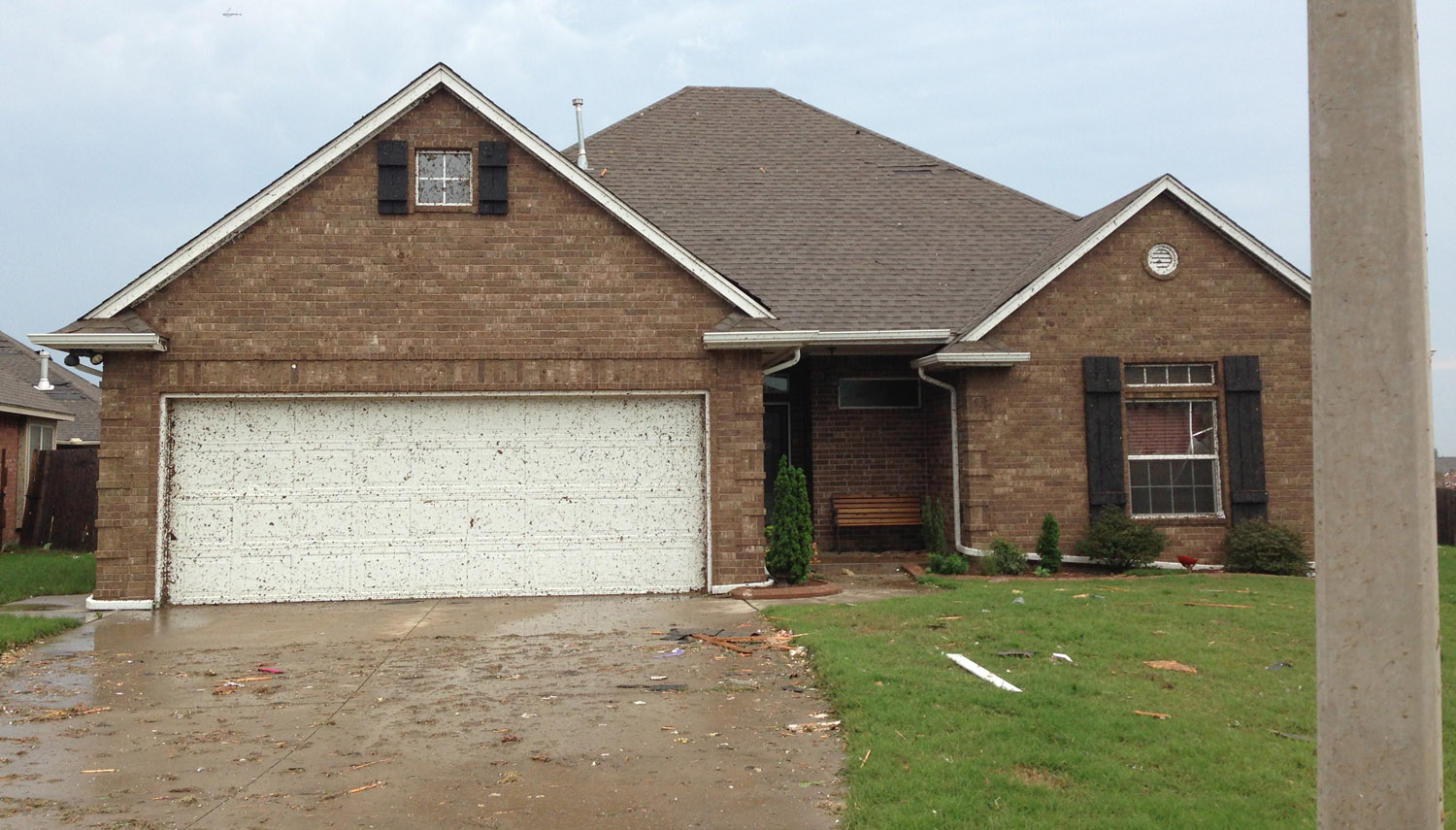 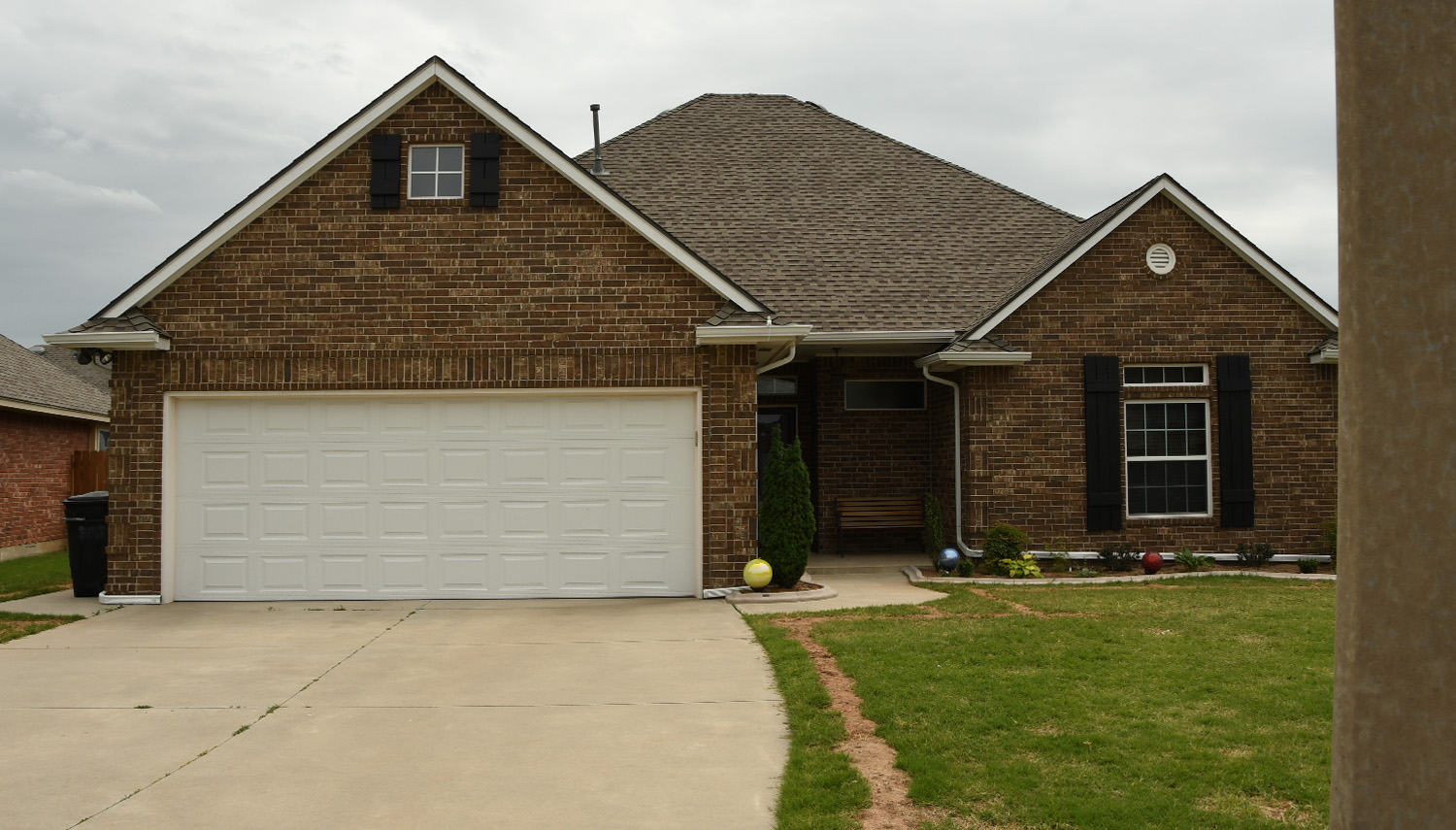 And this is our humble abode! This is how it looked the first time I saw it. Doesn’t look like too much damage does it? We had about $30,000 dollars in damage including new windows, garage door, roof, fence, gutters, flooring in the front bedroom, etc. We had Liberty Mutual insurance at the time and for the most part I have to say they did an awesome job! In the after photo our yard looks torn up but it’s because we just had sprinklers installed. The funny thing is, after my mile walk home I realized I left my house key in the car. I actually had to get into the house through the broken window.

I really tried not to do much driving around to see other damage in the city but this is one shot of the hospital I was able to get from my car. They are almost finished with the new medical office they are building now at 4th and Telephone Road. 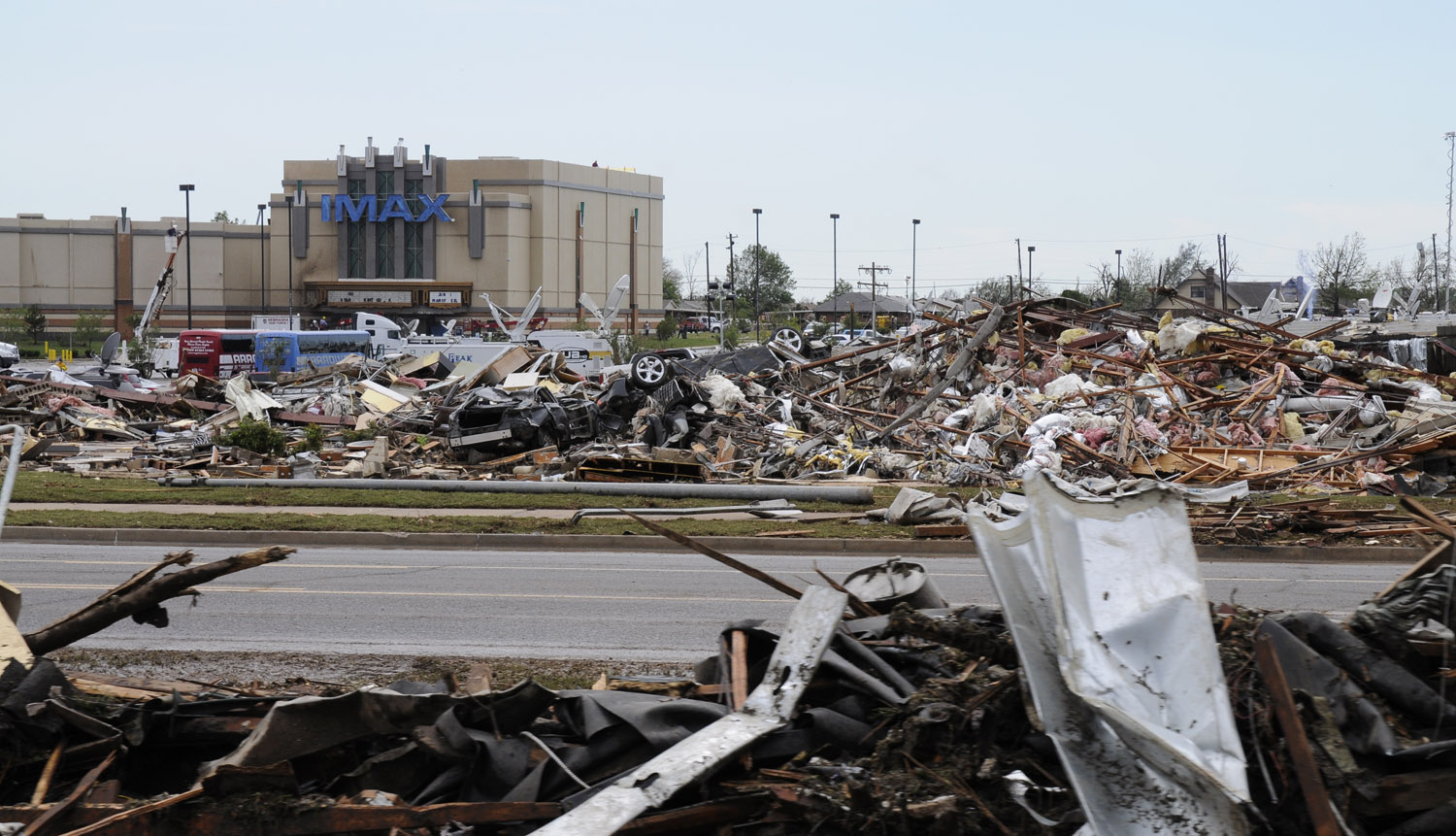 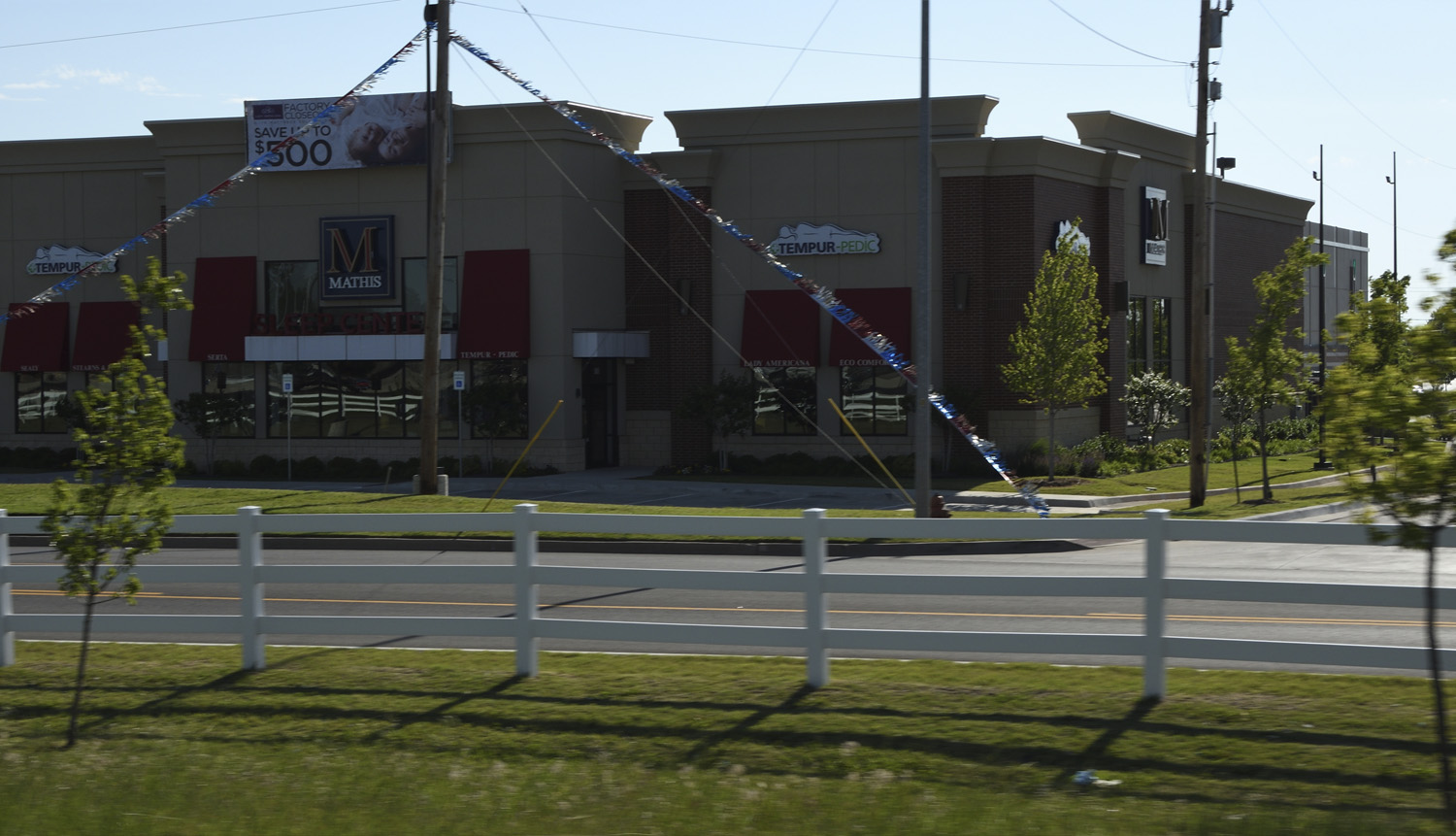 This is a shot I was able to get from the highway one day (I wasn’t driving in either shot). This big pile of mess became a Mathis Brothers Sleep Center.

So that’s it; that’s my walk home (and a little bonus from the next day). This was one of the craziest times of my life and I can’t image what it was like for people who lost real property or more importantly their loved ones. If you would like more information on the May 20th tornado you can check out this Wikipedia page.

We actually went to stay at my parents’ house on the edge of Oklahoma City and Yukon while we waited for the power to come back on, get our air conditioner fixed, and get some replacement windows so we could be secured. But while we were there on May 31st, the widest tornado in recorded history came through their area; and while it didn’t completely destroy their home, it caused them to be displaced for a few months while a new roof and almost the entire inside of the house had to be re-built from all the water damage. For more information on this tornado you can check out this Wikipedia page.


Back to Page I